This post is enough to make some of my fellow typospherians jealous. I just got a Royal portable with VOGUE typeface. Yeah, I said it in your face,VOGUE typeface. :-P

The story started almost a month ago,before Chinese New Year. I was having some major typewriter kick. So what could I do? Log on eBay, and browsed new offers pages after pages. Frankly speaking, most of the times I would end up with nothing but frustration!


However this time, something came up and caught my attention.

Nothing special right? but just as I clicked open the post, I found something rather unusual. 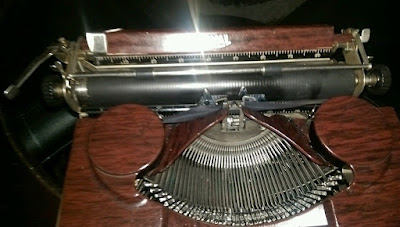 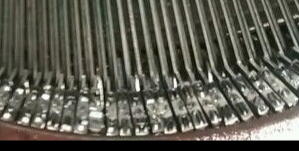 I was almost 100% sure that it wasn't the all-too-common PICA typeface. Just take a look at the characters such as J, M and U, It was so obvious that they didn't have the serifs. So I immediately asked the seller to send over a type sample.

Motion:
All eBay Sellers, please automatically include a type sample pic in your post because only a type sample can tell exactly how the machine works！ So please don't make me ask!

The seller replied the next day, saying that the ribbon had dried out, implying that he wouldn't do it. But I insisted and told him that only a type sample could convince buyers that the machine was in working condition. He did send one but it was as blurred as this 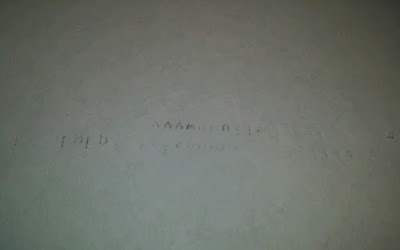 Nothing much to be seen! How disappointed I was. I sent a second message right away, telling him to swirl the ribbon spool a little bit and that there must be a certain spot/spots that hadn't totally dried up. This time however, my message went unanswered.

But the blurred images at least solved one mystery, this Royal portable Model P had the much-coveted VOGUE typeface as Vs and q's didn't have serifs.  Then another problem, what if the machine didn't work properly?  Although the seller described it as in good working condition, what if he didn't know any better?  I had bad experiences buying from eBay. It wasn't the seller's fault, most of them were general antique dealers, so they knew little about typewriters. To me, a collector from Shanghai, China, shipping costs usually exceed the machine itself.

FYI I'm not a rich Chinese! I know, right at the moment, there are many of us all over luxury stores in U.S. When it comes to spending habits, I think I share a lot in common with ordinary Americans, that is, not much on food or clothing, but never skimp on hobbies. In my case, typewriters!

Then I agonized immensely, for the next several days!

In the end , I decided it give it a shot, not only because the seller got 100% positive ratings, but also he always signed off his messages with God Bless You All!  To me, normally a religious people won't lie. And that guy is from the Rhode Island, somewhere between the Massachusetts and Connecticut, two rich states in the Northeast US! There's no need for someone living comfortably to cheat a foreigner on eBay. Last but not least, I have confidence in Americans.

So I bid on the machine. I met no rivals as no one bid against me at all this time! It seems no one ever found this gem! Then after a 1 month waiting, I finally received it yesterday!

Ahh...Again, US and its people didn't fail me. Lovely machine, isn't it? 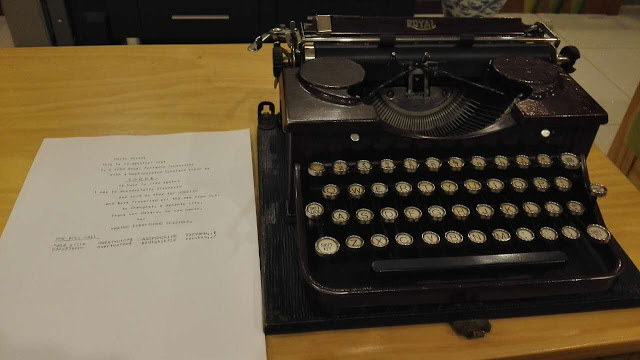 The only problem is that one piece from the right knob chipped off when I opened it. It wasn't the seller's fault as the knob as shown in the original post was complete. So most probably it was damaged during transportation. But it's OK, see, nothing is perfect right? Perfectionists are pathetic. 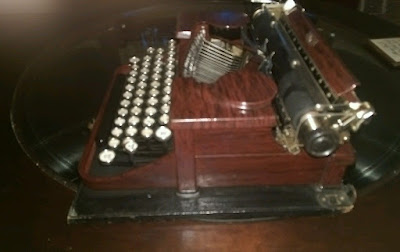 I just sent a Thank You letter to the seller, telling him I'm very satisfied with my purchase and I appreciate all his efforts in packing and shipping the machine.

As a routine, the roll call at the end of this post. Please enjoy, probably with your eyes green with light of jealousy. :-P 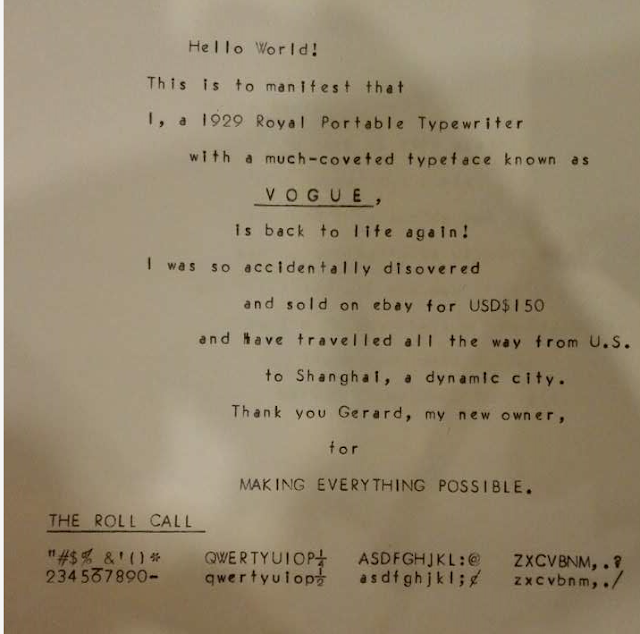