I have had this Continental typewriter (serial No: 461018)  for at least 17 years, but it never occurred to me that I'd have it restored one day until quite recently.  One reason is English keyboard seems to be  uncommon for Continental typewriters and mine has a standard UK English keyboard.  Also, this Continental Standard comes with the TS symbol, the erstwhile Chinese currency Tael.  Tael was used in China until the Republic of China, the one before the communists took over, was founded in 1911.  So it is safe to say this Continental typewriter was built for the Chinese market, and very likely, spent its entire life in Shanghai when the city was jointly ruled by the British, the French and US in mid 19th century till 1949.  Unlike most old typewriters, this one is complete with "1" and "0" keys.
It would be unfair to say that I "restored"this machine--It is just old and rusty, but nothing is wrong with it except the platen had hardened and the drawband was too loose. Instead, I think "beautify" is a better word choice because all that I did is 1) repainting some rusty parts,  2) replacing the yellowed keyboard stickers with new ones and 3) remaking the decals, not without help from a friend.  To replace the keyboard with new stickers is the most time-consuming part of the whole restoration process. I carefully prized up all the metal ring keys with pliers, replaced them with new keyboard stickers that I had already photoshoped, printed and cut out, cleaned the glass part before putting them back.  It took me at least five hours to complete the whole procedure.  It's a real pain-in-the-ass thing and I hope I don't have to do it ever again. ---But I have to do it to get this baby nice and shiny again.
As for the platen restoration, I found a factory specializing in print roller restoration not far from Shanghai where I live. I did contact JJ shorts in US several months ago, I struggled, but eventually I decided not to take the risk by sending this only platen I have to US. The reason is simple, I couldn't afford if the platen was lost during transit. It's even riskier to do so now as the Covid-19 crisis has tremendously slowed down international deliveries. The Chinese factory did it for me for 300 RMB ( $40+）I am lucky because the factory is not capable of restoring platens for all makes but only a few lucky ones. The criteria is that there are no metal parts attached, just the rubber part itself. The platen must have a metal core instead of a wooden one, or just wait to see it crushed to pieces.
However, I did learn useful information regarding rubber used for typewriter platen  I'd like to share with my fellow typospherians .  The rubber used in making typewriter platen isn't just any rubber, it is called NBR （ nitrile-butadiene rubber ） or,  Buna-N rubber. It is said that NBR is oil resistant therefore easy to clean, making it the best candidate for the job. The hardness level is preferrably around 80.
Some pics I've taken for your appreciation.  Yes I know, due to my limited skills, that's the best I can do for this unique typewriter.
This is the BEFORE picture 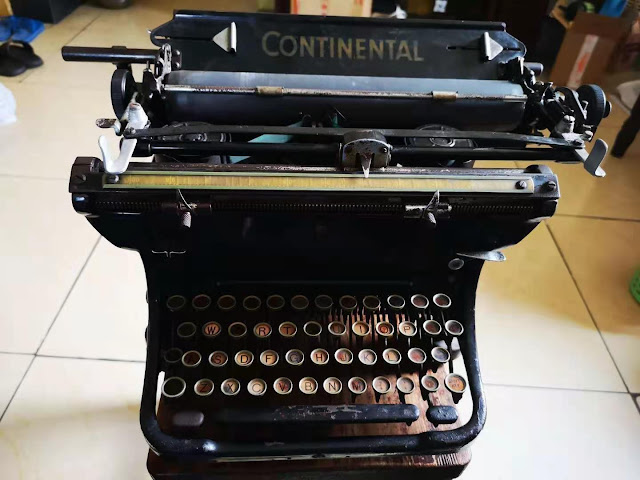 These are the AFTER pictures 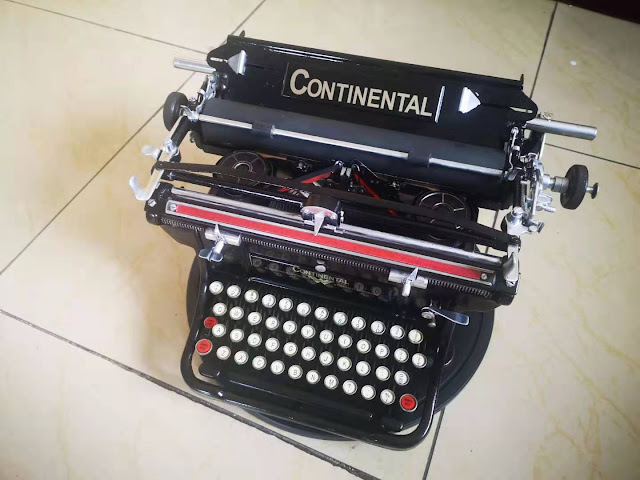 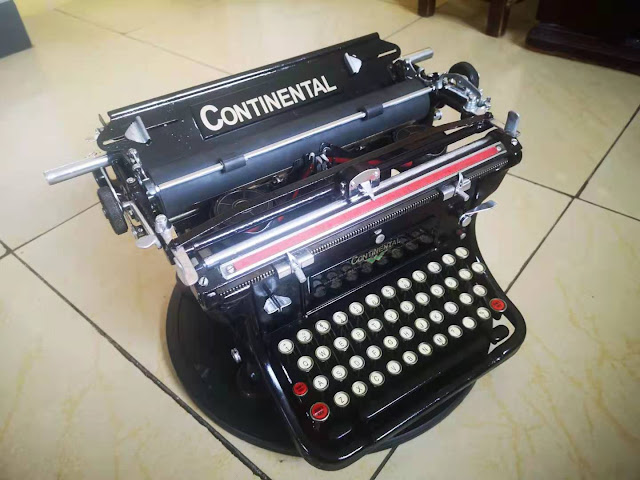 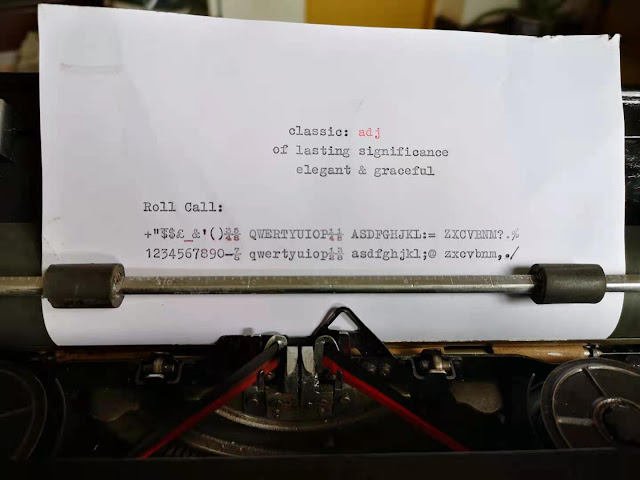 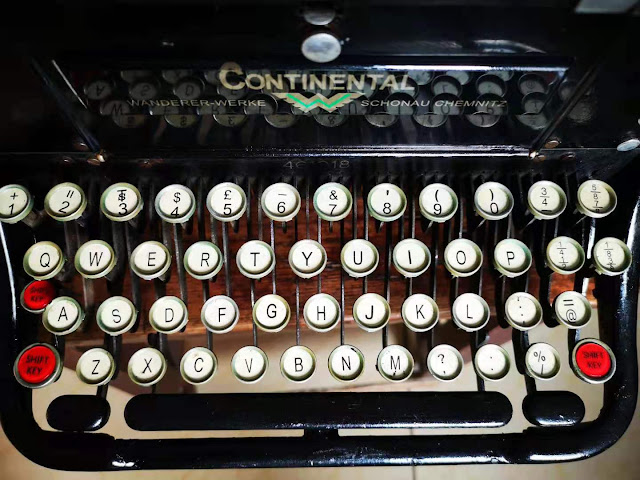 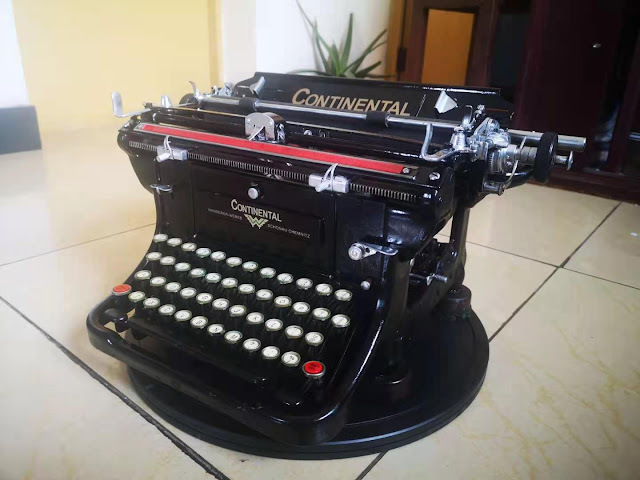