Hi fellow typospherians, I can't wait to show y'all the end result of my recent typewriter project: restoring a legendary Royal No.10 typewriter. It has a wide carriage, tabulator keys and is a basketshift. Also, it has an unusual Ts symbol for the erstwhile Chinese currency yinliang/yinyuan, therefore I assume it manufacturered for the Chinese market by the Royal company, kinda special. The whole restoration lasted 2 months. So what did I do to take that long?

To begin with, I removed the old paint. I know that some collectors don't like re-painted typewriters, but I think otherwise --1) the matte finish in black is dull and drab, not to mention the dirt and dust on the old paint and 2) I've always wanted a blue typewriter but nowhere to be found so I decided to paint one by myself. I call it DIY spirit and quintessential self-reliance. I have to admit that the paint job is very amateurish, lacks details, but considering this is the very first time that I have ever painted something so seriously, I'm happy with the result. BTW, The color blue is considered calm and cool , at least in China, that's where I'm from. I'd like to emphasize that info because I'm aware, in the West, blue has negative connotations. Now the machine looks like a supersized blue-black Royal Model P.
Secondly, I made a complete set keyboard inlay stickers by using CAD. Then I had them printed on water-proof plastics. I did try to ply open the keytops so that inlays could be inserted under the glass like most restorers would do. But on this machine, most of the keys are rust from inside therefore stuck, it would be time-consuming to remove them. So to save time as well as save predictable and unpredictable troubles, I adopted a simpler approach: attached a thin layer of plastic directly onto the top of the glass keys. In hindsight, it is not a bad idea because, by so doing, I also add a protective layer for the glass which, if broken accidentally, would be very hard to get replacement in China.
Thirdly, I replaced all four rubber feet. I purchased them from Tony at typewriterstuff.com. They are so high quality. I'm happy with the rubber replacement but it took 2 weeks to arrive and I'm not the patient kind.

I did contact JJ shorts for the platen and other rubber parts, but they replied I would have to send them the old platen to US. That is risky as international shipping didn't only take long but parcels could get easily lost especially the pandemic is causing a supply chain chaos in US according to news report. Maybe I will try the shrink tube method later?
I assume this typewriter was made sometime in 1930s as indicated by its serial number S14-88-1630774. But I'm not so sure as I can't find on TWD what did the S14-88 part mean. Any tip? But if my guess is correct, then it is very likely this particular machine had already been in service for several years in one of these office buildings shown in this 1937 photo of Shanghai, in which depicts the famed Bund of Shanghai, a city once dubbed as Paris of the Far East. The Bund is a waterfront financial street which had the highest concentration of foreign trade firms and banks back in the colonial era. This typewriter has an unusual Ts symbol for yinliang or yinyuan, the erstwhile Chinese currency, and hence the high probability. 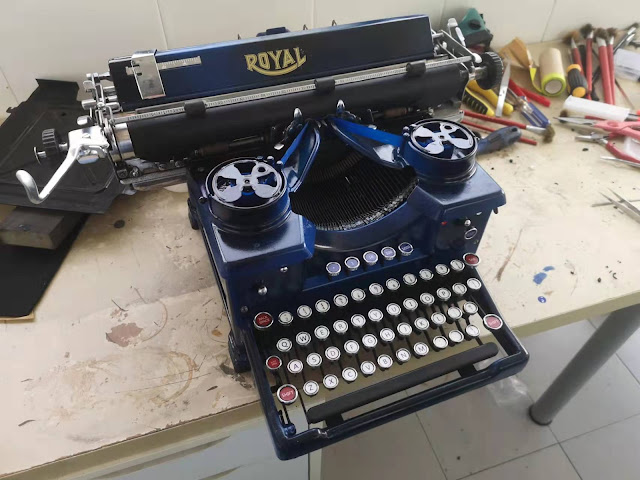 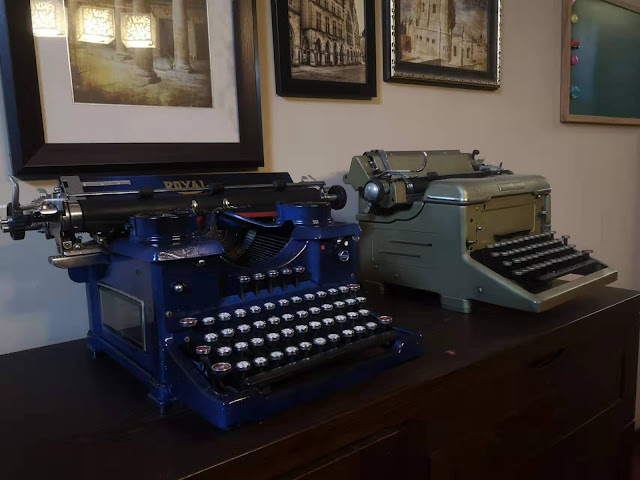 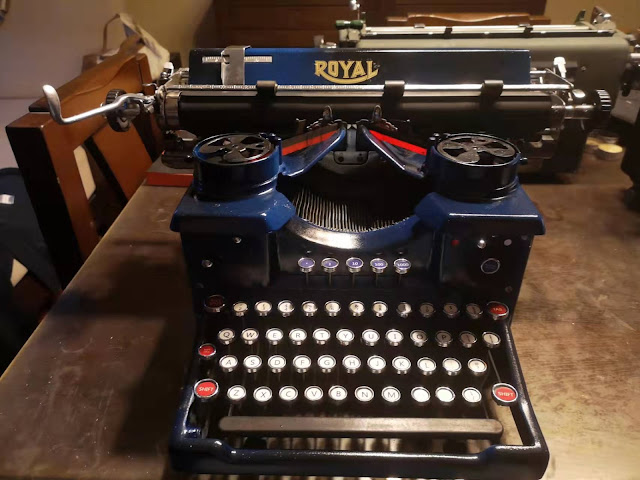 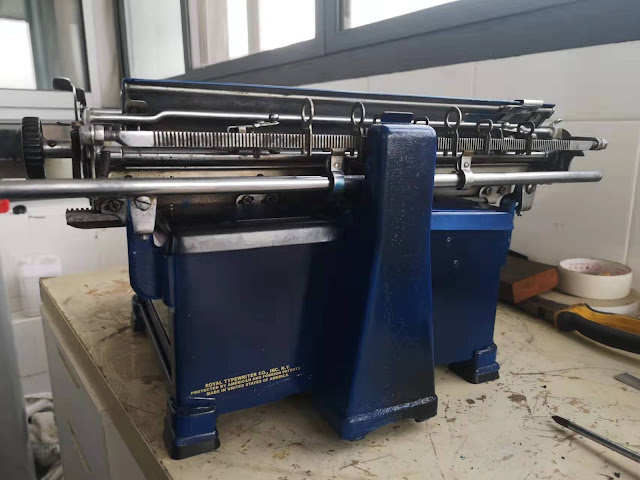 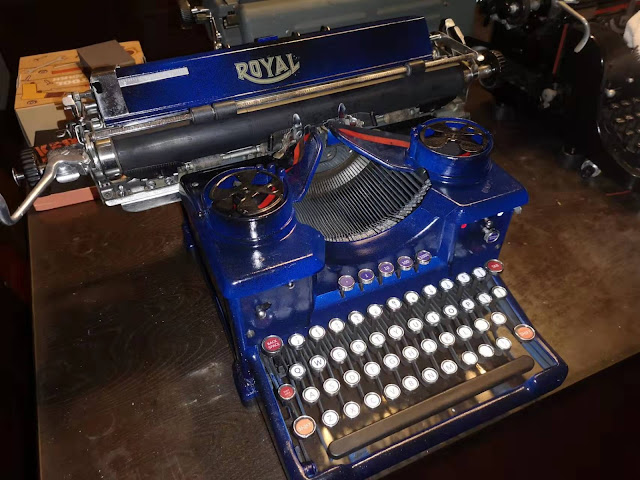 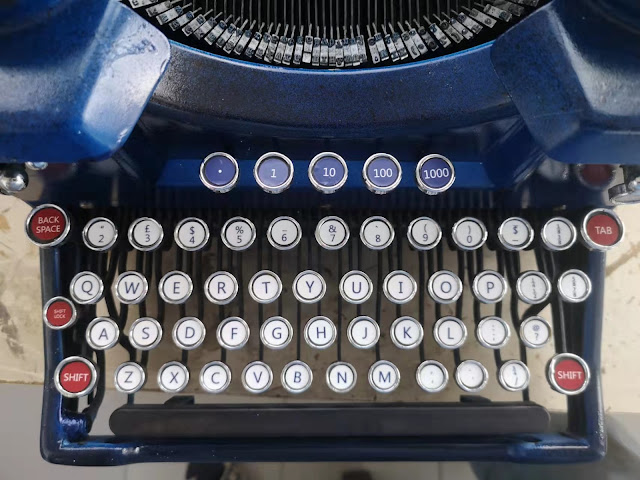 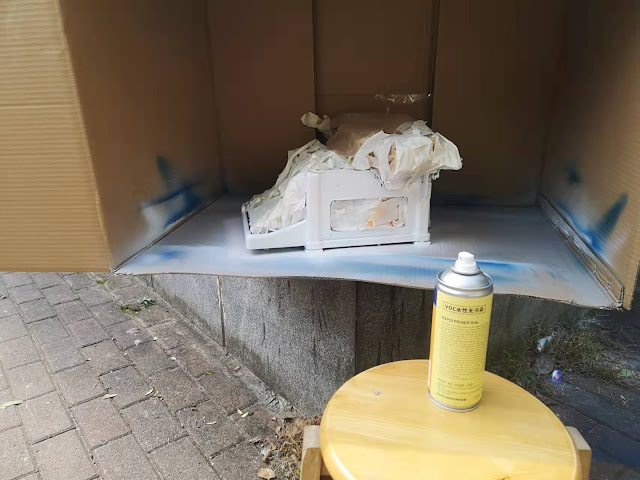 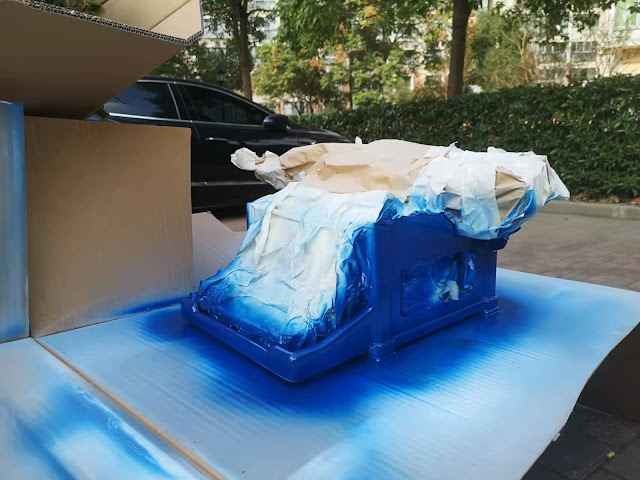 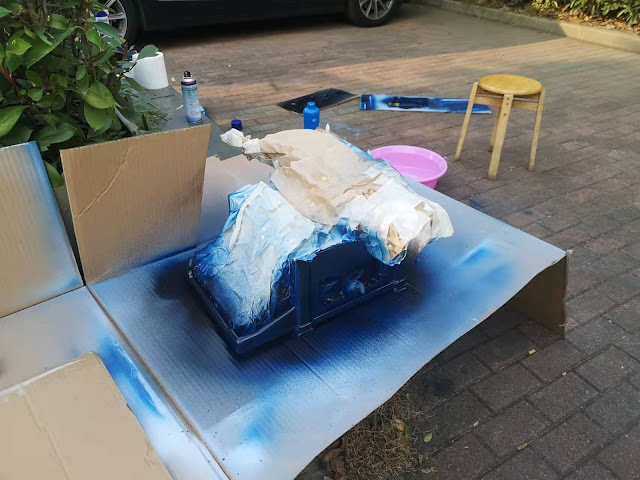 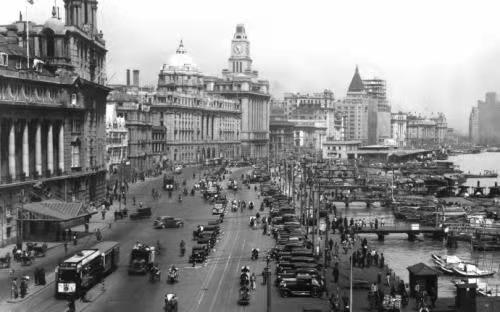 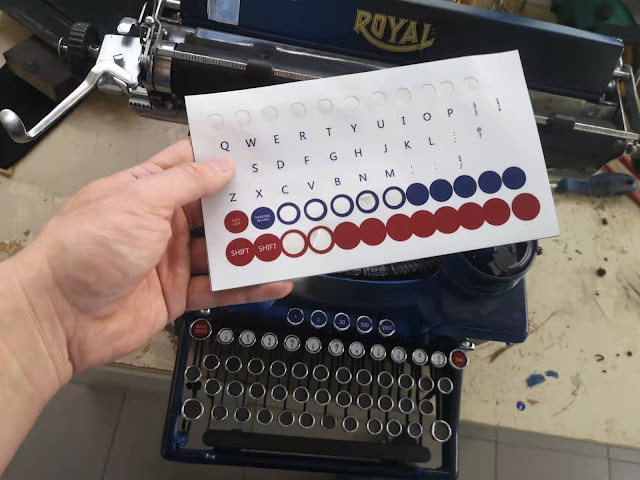 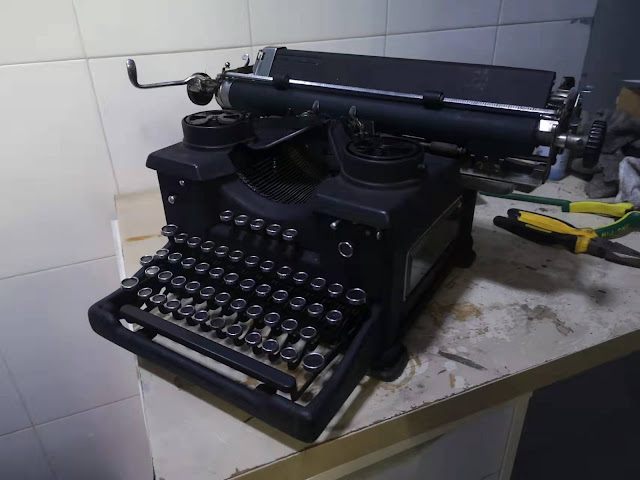 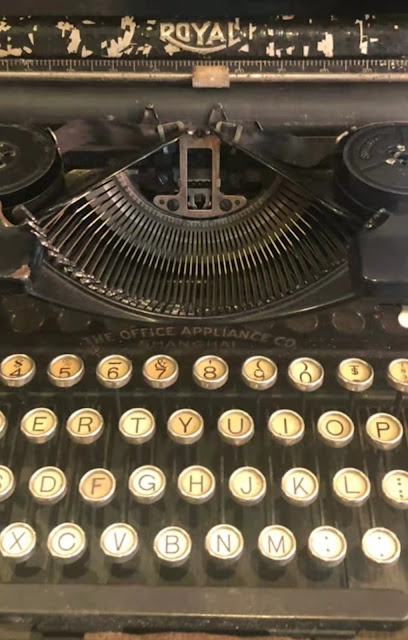