Seems that my first post was warmly received by fellow typewriter fans, which is very encouraging.

The Model 110,120, KOFA-100, TP900, TP930 are mechanically same.They are all carriage shift and invariantly have PICA style. The differences are color and shape of case, on which LOGO of HERO typewriters are labelled in different places.  Model 140 and Model 920 are basket shift. They are similiar in design. 920s have a five-space, pre-set TAB key and REPEAT SPACER.

COPYRIGHT ANNOUNCEMENT: All these pictures are downloaded from www.taobao.com, China's ebay. I've got permission to use most of these pictures as many online dealers have become my friends over the years. However, some dealers haven't responded yet as of publication time.

Since mid-1980s, early FLYING FISH PSQ were officially rebranded as Hero typewriter, Model 110. In 1985, Made-in-China typewriter would cost around 198 renminbi,or, 33 US dollars. I asked my mom how much she could make every month as a primary school teacher in mid-1980s. She replied: 55 renminbi. That means, a typewriter is indeed a luxury to most Chinese families. 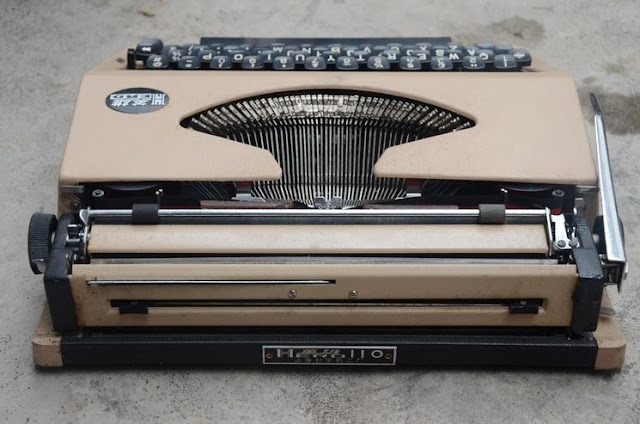 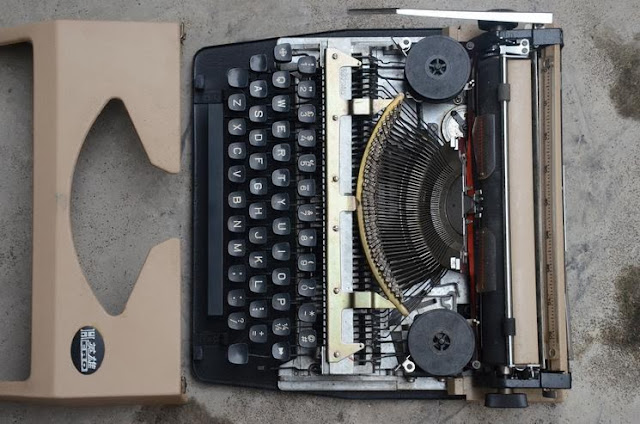 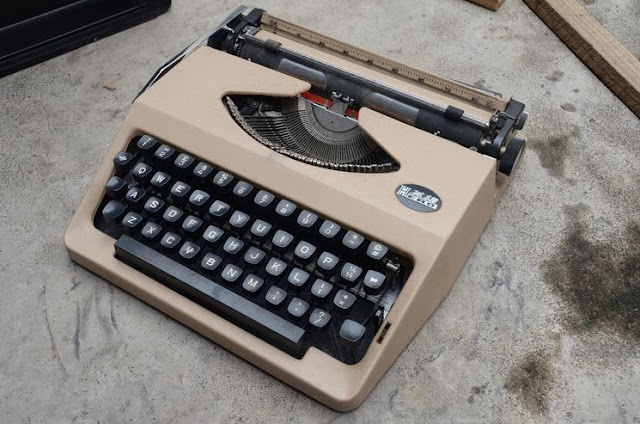 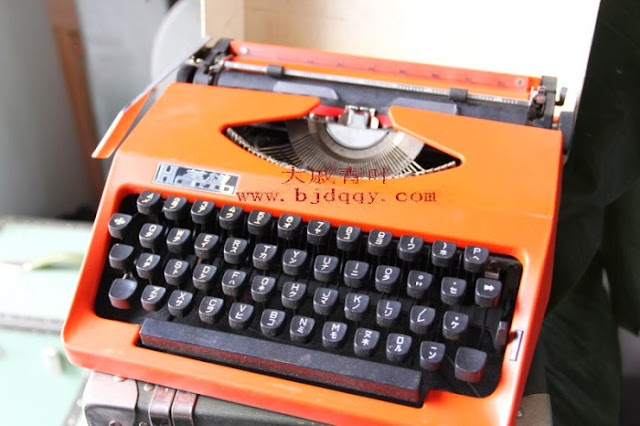 the above is both Japanese Katakana and English 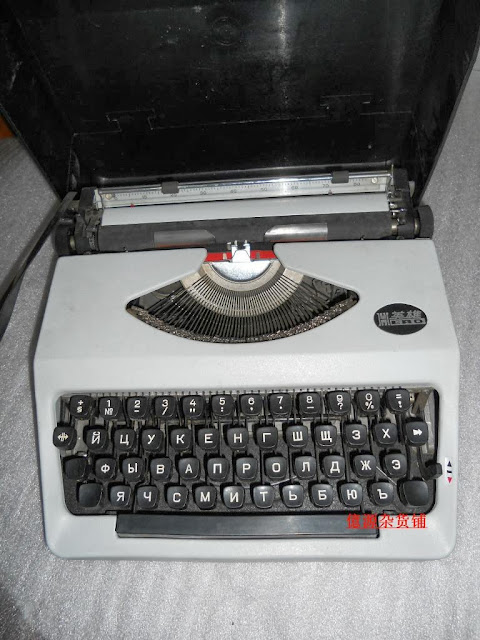 I was told that HERO typewriters also come in Filipino, Tibetan, Uygur and even Chinese pinyin among various other minor languages, but I've never seen one. Perhaps only in these countries/regions could these language typewriters be spotted.

Model 120 includes all European Language symbols, which is rare. 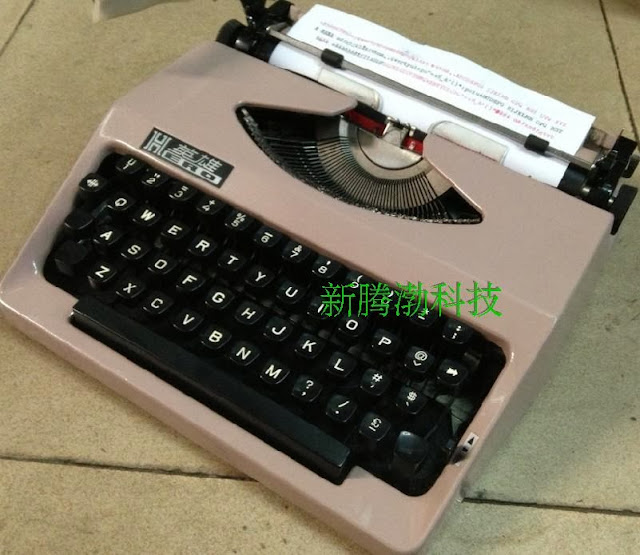 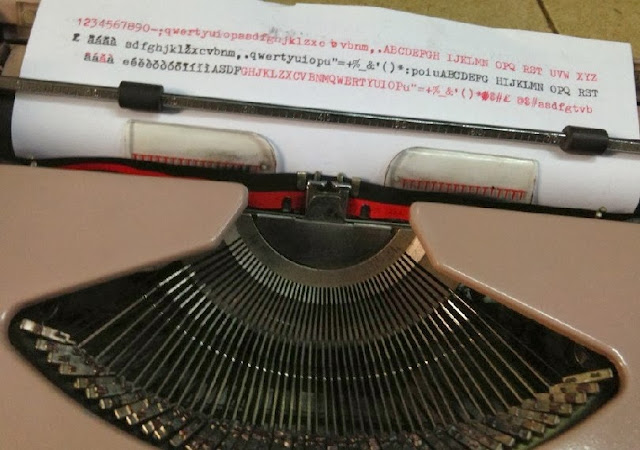 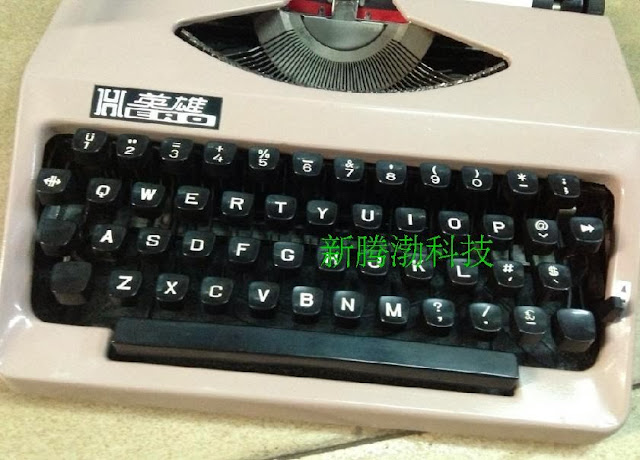 Model 140 is what I'd call a transitional model, unlike the previous models, it is a basket shift. 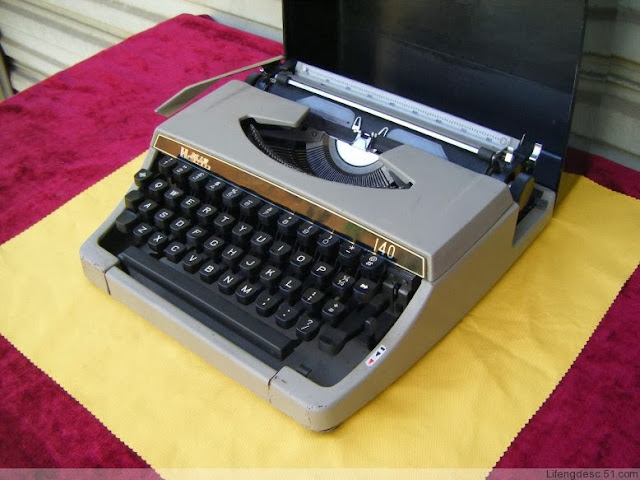 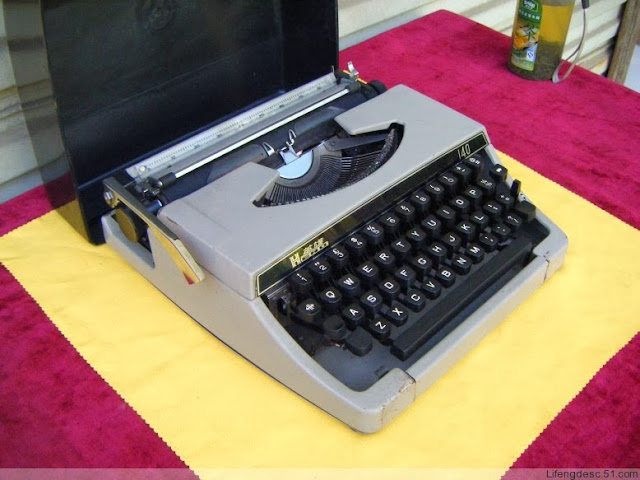 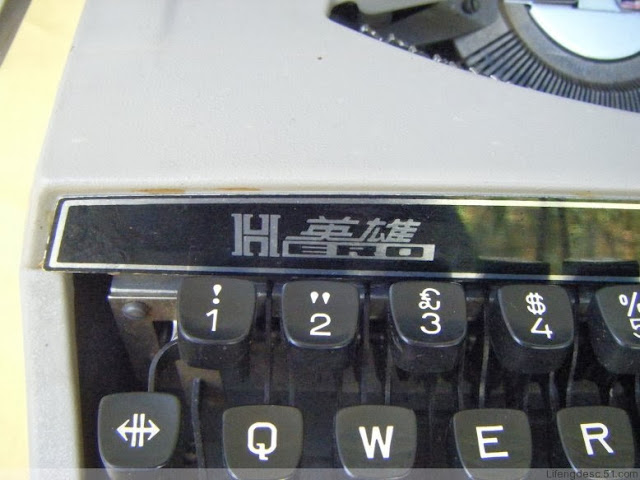 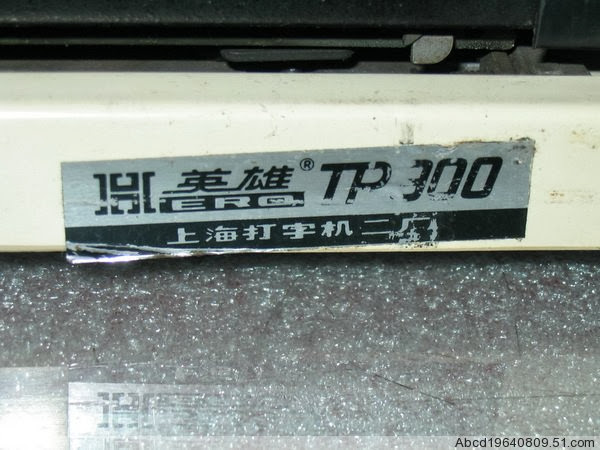 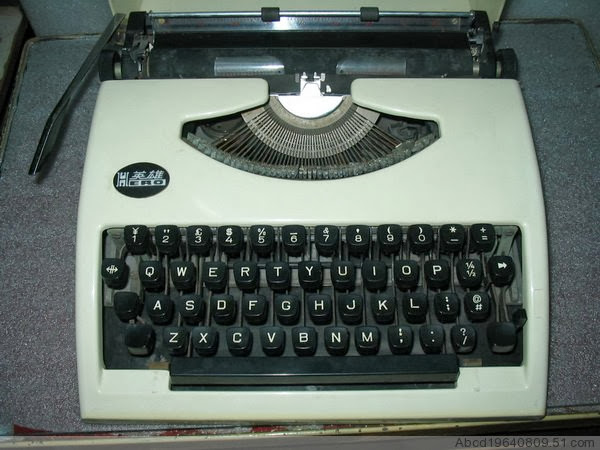 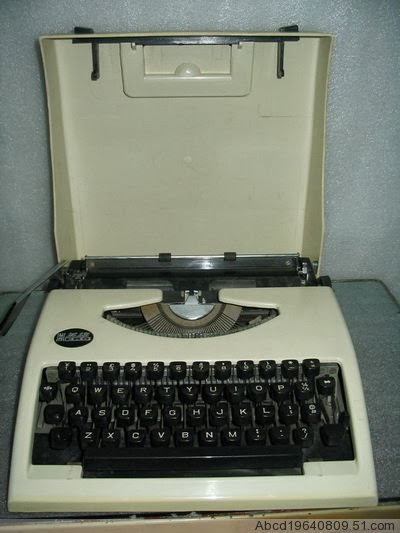 TP920 is again a basketshift design, it is very different from previous designs plus five-space pre-set TAB key and REPEAT SPACER 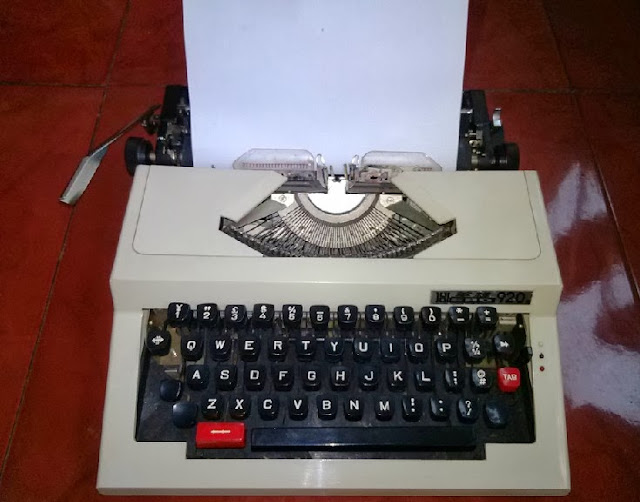 Model TP 930  which is again exactly the same in design as TP110. Don't get cheated by its very different case. 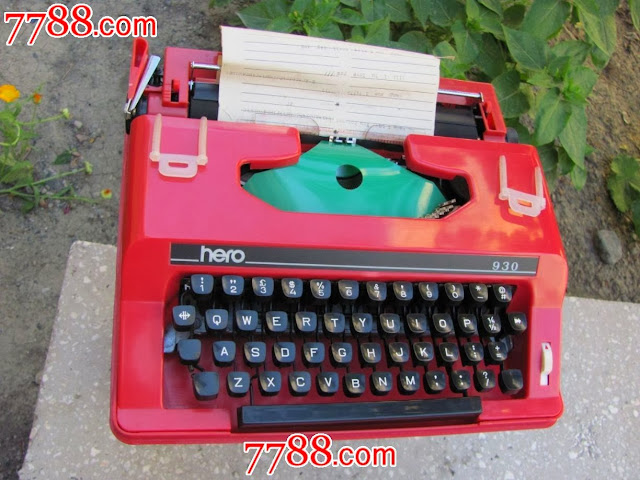 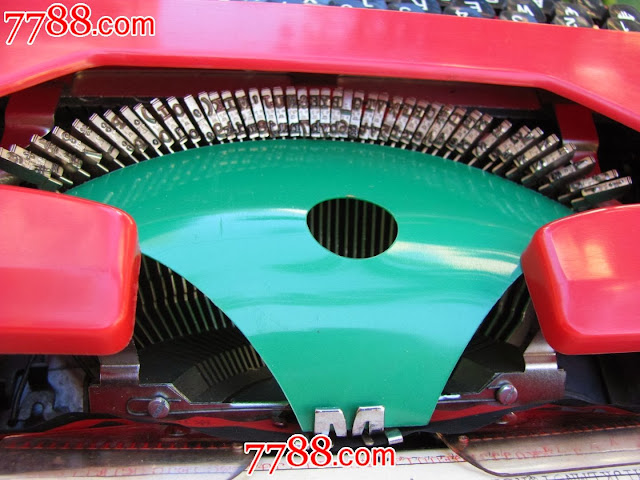 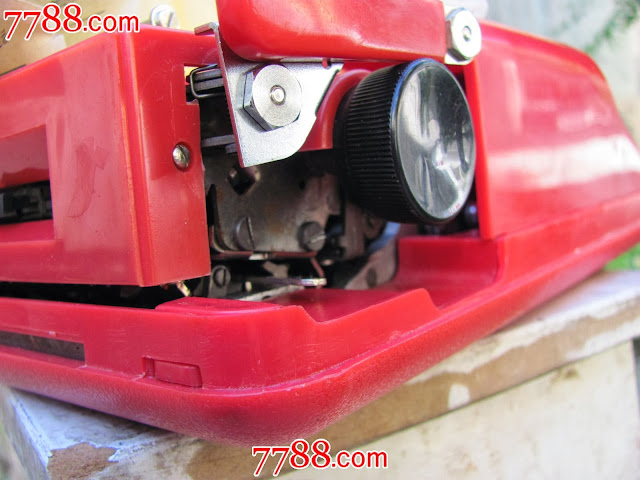 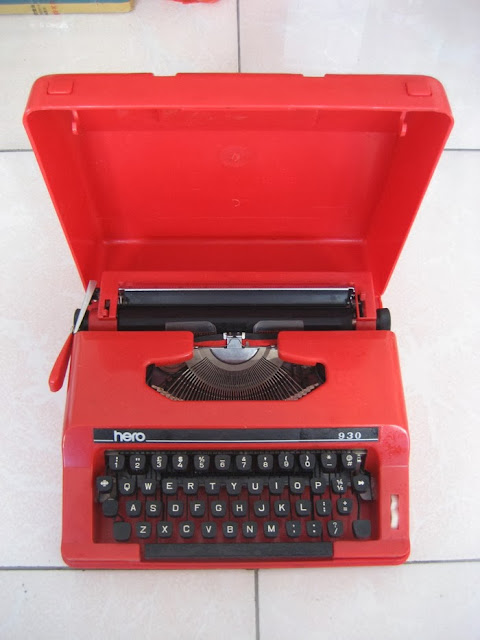 Last but not the least, the Model 2000 which wraps up the entire Hero line. Geeze, I wasn't aware of their existence until quite recently though. 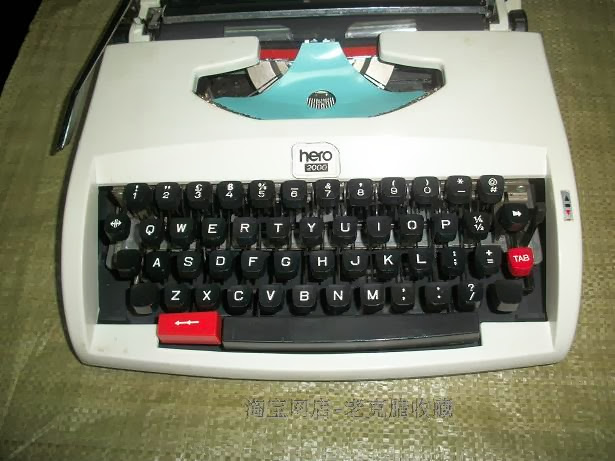 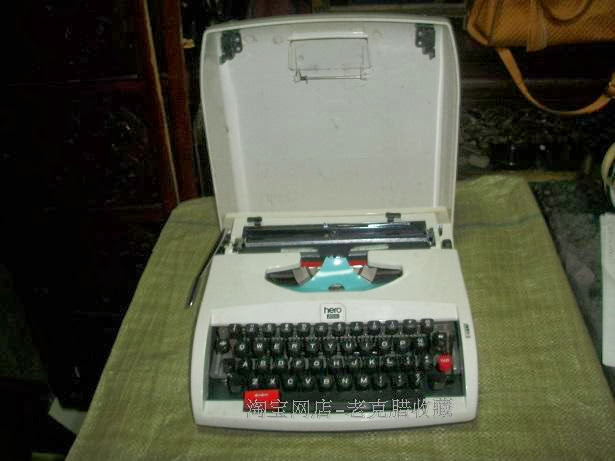 When exported, HERO typewriters, together with later model FLYING FISH  and HONGKONG typewriters,  they were unified as KOFA typewriters. Under planned economy, HERO was assigned KOFA-100 model. 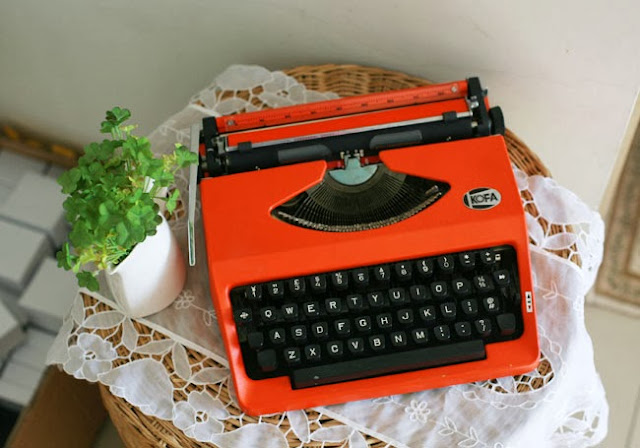 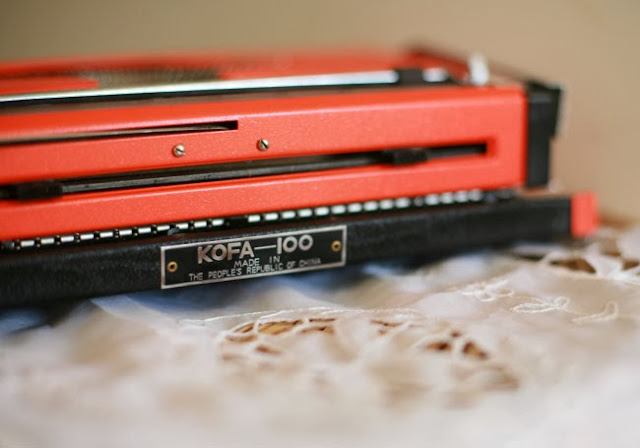 But if you ever intend to collect a Made-in-China typewriter, I strongly recommend the early production of  FLYING FISH MODEL PSQ , they are indeed unsung heroes. 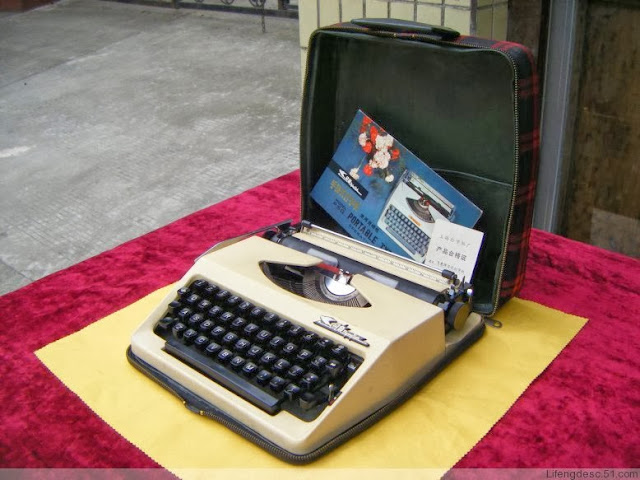 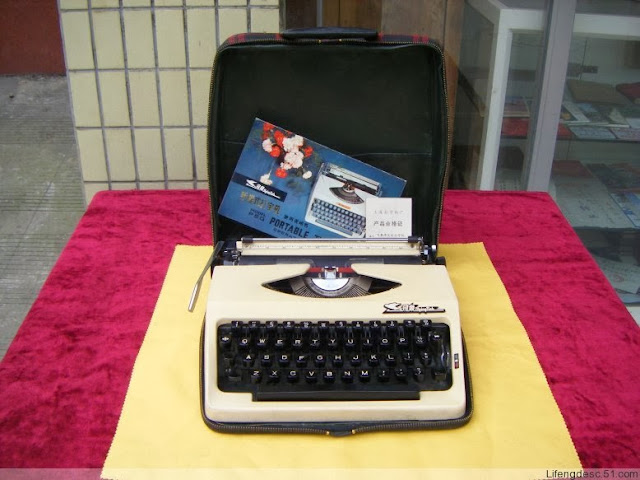 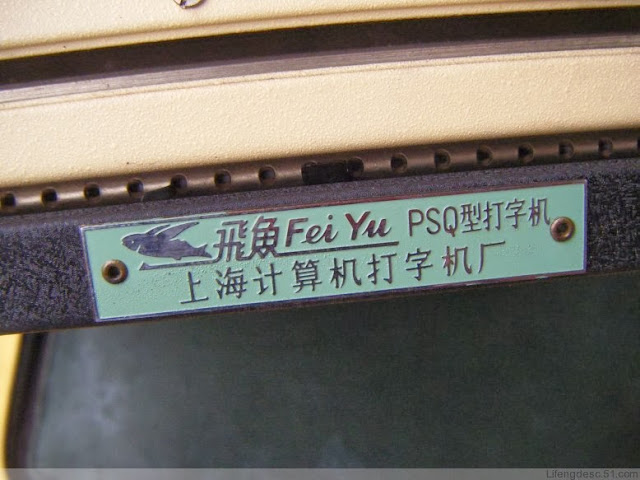