Merry Christmas...... in a Typospherian way!

See what a picture I have found online! Two People's Liberation Army (PLA) soldiers in green uniform posed for a picture decades ago with a red Japanese-made Brother typewriter in the background.

Red and Green, colors of Christmas. 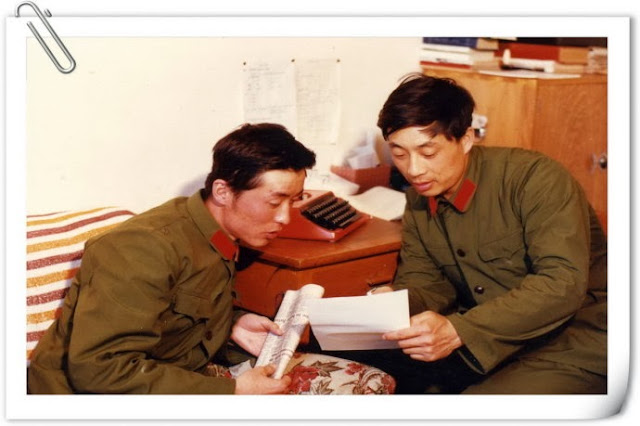