Hey fellow typospherians, look what I've done-- I managed to fix this broken typewriter on my own. 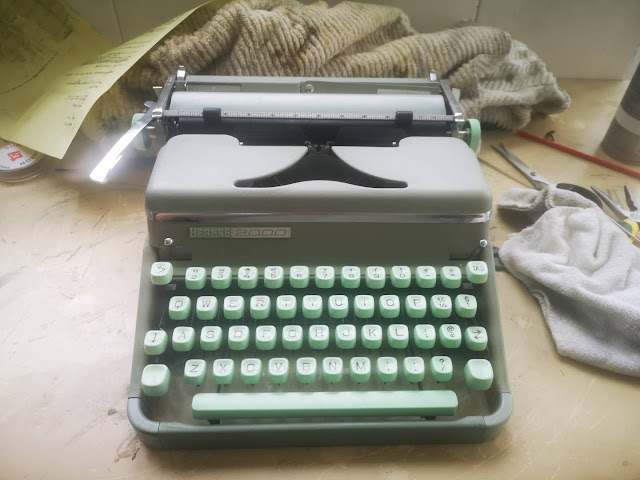 To make story short, I bought this typewriter on ebay US in 2016. But it arrived broken. Some moron packed this typewriter simply using Walmart plastic bags despite my repeated request on sufficient packaging. Ever since then, I just left it on my little balcony. I didn't even have the courage to take a  look at it. 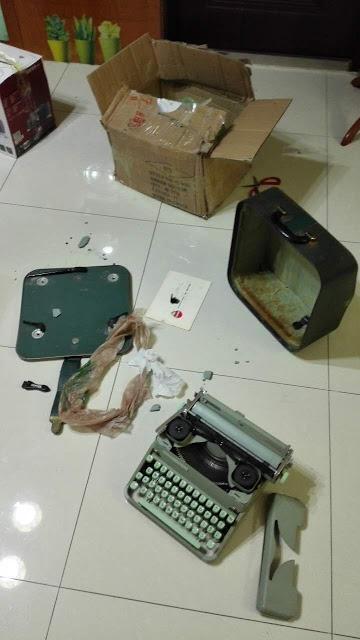 However, recently my passion for typewriter stepped up as a result of binge watching typewriter repair videos on youtube ( Phoenix Typewriter channel is definitely my favorite).  I decided to fix/restore old typewriters on my own.  I assume that it is also a natural "growth path" for typewriter collectors-- first you get hooked up by these charming machines, then you want more in your collection and gradually you want to take care of them by yourself.   Moreover, as someone who is heavily influenced by the "handyman culture" of US,  I think it is important for people nowadays to engage themselves in "active entertainment" , as opposed to, let's say, spending whole day playing with smartphone.Just move out your comfort zone and do something active and be creative. In other words, rebel against paradigms after paradigms that have been set out for you in the modern world . It might take patience and expect  frustrations, but hey, isn't that what's life is all about?!
So I paid/downloaded at least three issues of Typewriter Repair Bible from TWDB and bought and self-made  tools used by Duane ( host of Phoenix Typewriter), I'm all set.  I start from this broken Hermes 2000 that I haven't had the courage to even take a look at it over the past four years.  Oh man...it is such a beauty. It has a beautiful slightly shaded typeface too. My favorite 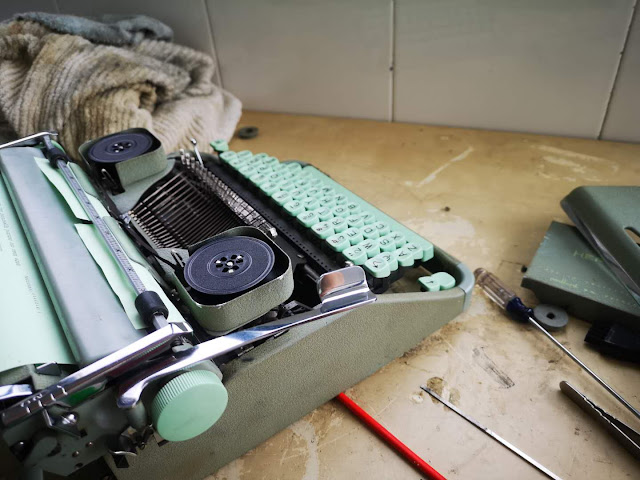 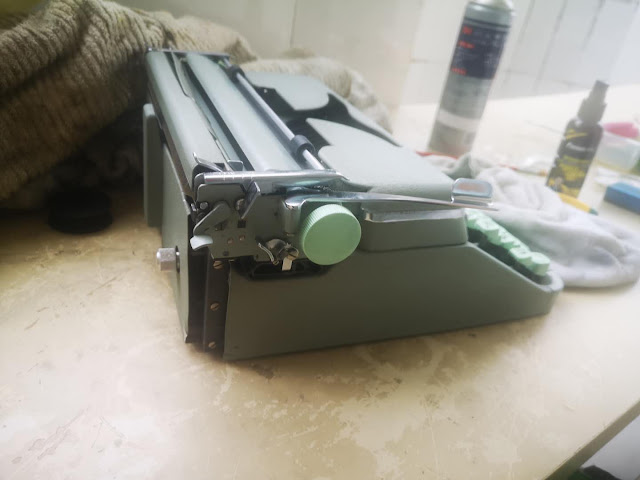 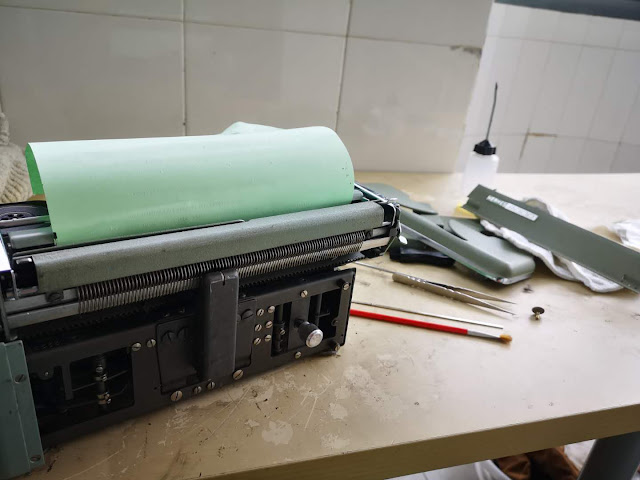 After three hours' of work, it came back to life again！ I don't want to bore you guys with technical details because there wasn't much trouble, only several dislocated levers.  Something was bent here and there etc etc. Apparently all damage was a direct result of impact the machine had received during transit. Luckily all these problems were pretty much on superficial level.  No serious internal damage and nothing is broken. It should have been fixed four years ago. Back at then however, I had expected it would be a hassle to fix broken typewriters as I had assumed something was broken , but it turned out I can handle them all and on my own and this is only my first attempt!  What a useful life lesson I've got ---things are not necessarily that daunting as they seem to be, therefore there's no need to be enfeebled by problems. Some problems are "paper tigers" as Chairman Mao once famously said.  It also reminds me of a famous Chinese fable  "Xiao Ma Guo He" (Little Pony Crossing the River) : You can never fathom the depth of a river is until you wade through it.
There's only one problem though.  A golden nail cap fell off the machine and I have no idea where it belongs to.  Any help?  Thanks. 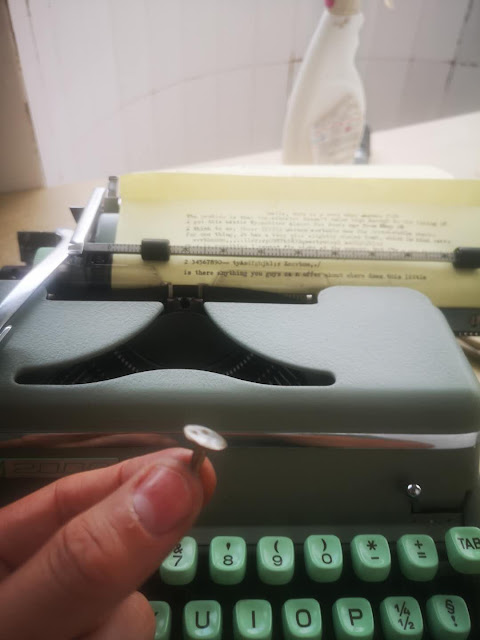 I will be restoring more typewriters as it is an empowering life experience.
Posted by Gerard at 8:16 PM