Need help with the platen removal of Continental Standard

Pictured here is a Continental Standard typewriter.  This machine well-used, rusty but it is in perfect working order except that the feedroller has already melted and flattened so paper feeding is difficult, and paper cannot roll up properly whenever I pull the carriage return lever.

This time-honored machine has a British keyboard with a Pica typeface, unlike most Continental typewriters that come with German keyboard. Also, it is very special to Shanghai as  evidently it was built for the Chinese market back in 1940s.  An important proof is that it has a TS symbol which is the Chinese currency "tael"  in early 20th century.  This machine most likely was used in offices in the former British concession at  that time and it has never left Shanghai, the famed port of the Far East.

I have an ambitious project-- to restore this old machine. But the first step is to replace platen which has hardened as rock and its feedroller has already melted down.

I'd be very grateful if anyone of you could offer any advice on how to remove the platen.  I have googled.   Some says  "just unscrew the knobs".  I tried, but both of them are unscrewable. I cannot find any screws to untighten so it seems that you guys are the only one I can turn to for help.  Many thanks in advance. 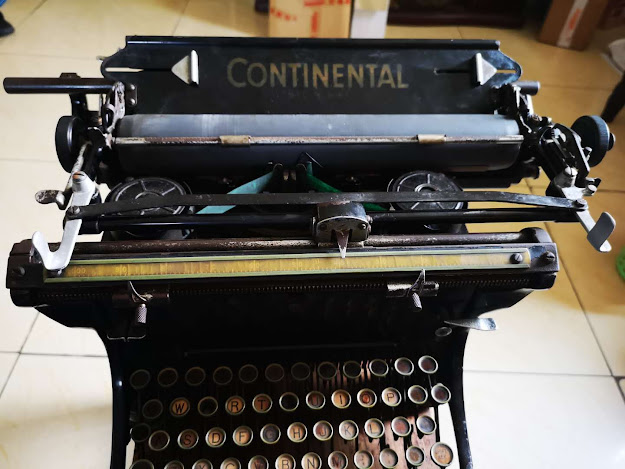 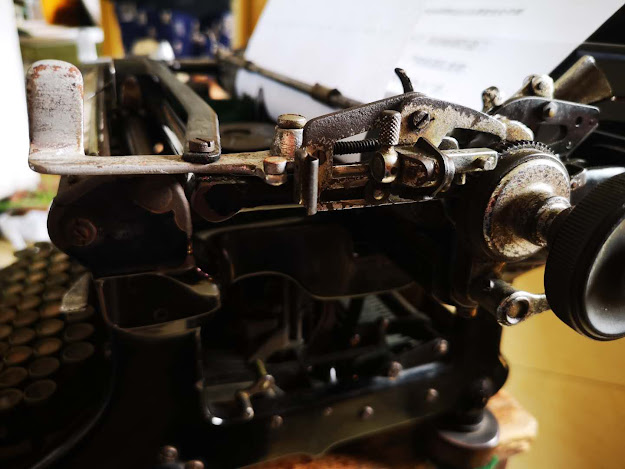 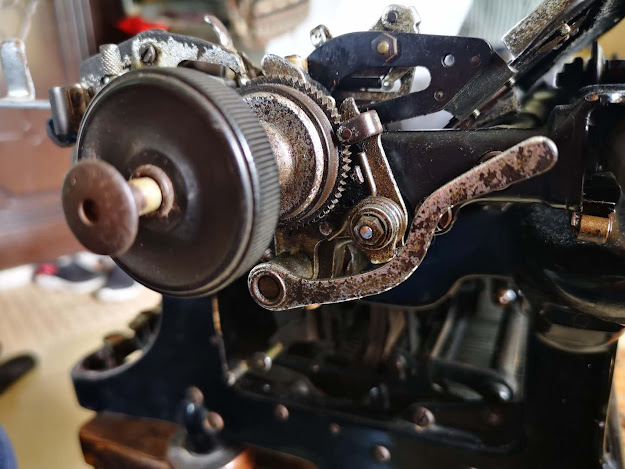 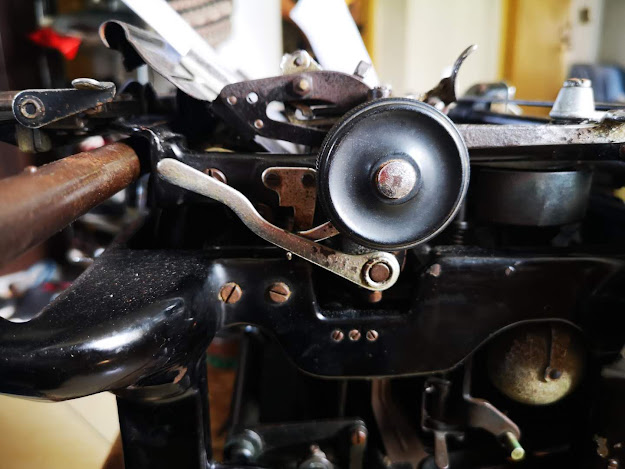